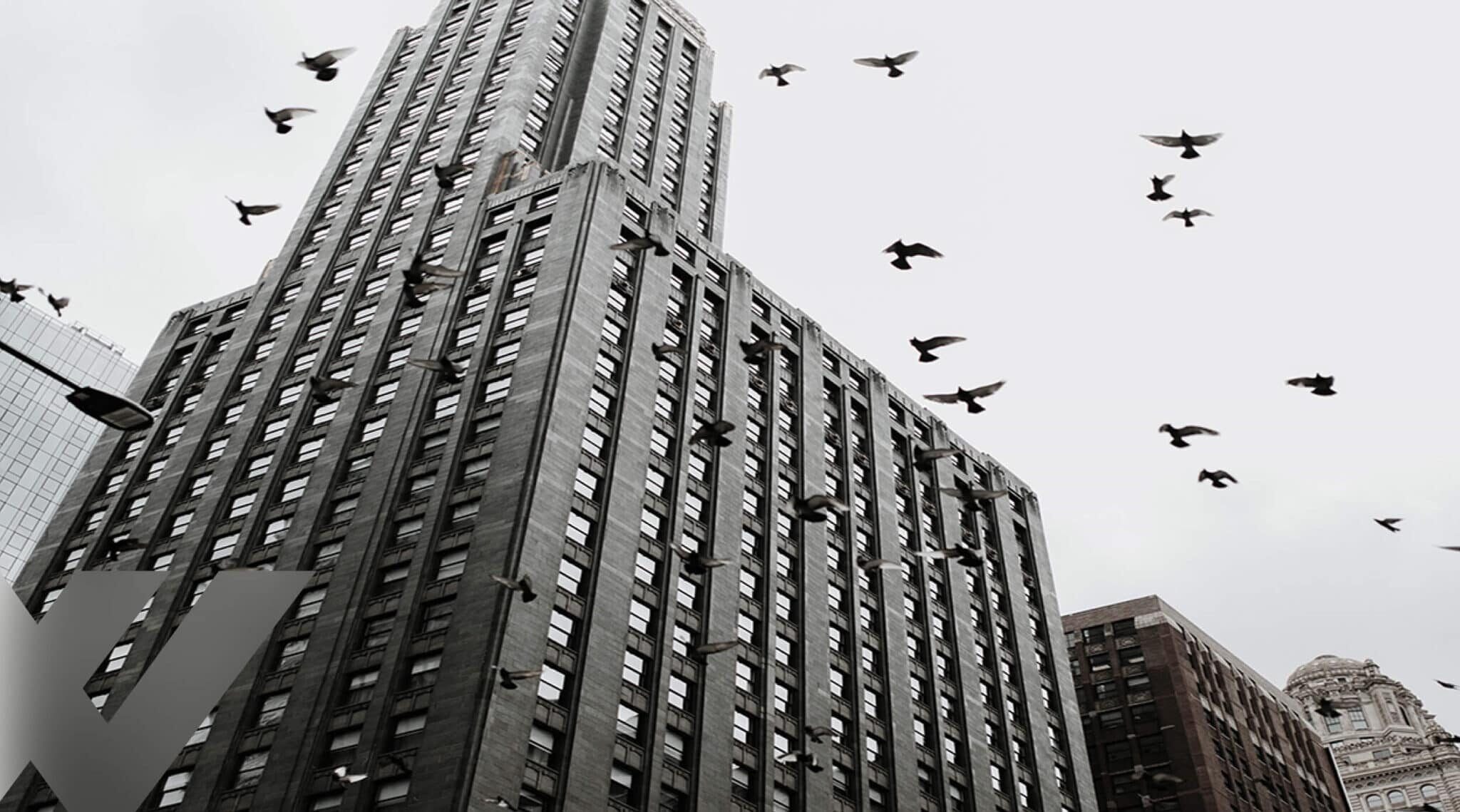 Over the past century, human development has increased astronomically, and the consequences are far reaching – including the impact on wildlife.

Arguably, the animals most greatly affected by our building practices are birds. It is estimated that up to 1 billion birds are killed each year colliding with glass windows and surfaces in the United States alone. Between 16 and 42 million more are killed in Canada, and undoubtedly billions more avian lives are lost yearly across the world due to collisions with glass structures.

Studies have shown that birds are not capable of recognizing glass as a solid barrier to be avoided. Birds often see right through transparent glass surfaces used in applications like atria or linkways or are fooled by the reflections of trees and sky off the exterior surfaces of windows. Both scenarios result in birds flying into these glass surfaces, causing fatal injuries or death.

Legislation has long existed to address the issue of unnecessary avian deaths at the hands of humans, both direct and indirect. One of the earliest laws put in place to protect birds was the Migratory Bird Treaty Act of 1918. At the time of its creation, this act was established with the intention of curbing the hunting, killing and capturing of migratory birds, which had become a significant issue at the turn of the 20th century, with certain species being pushed to the brink of extinction. Species like the egret, whose feathers at the time were worth more than their weight in gold, were particularly sought after for the millinery trade. Although there is nothing specific about birds striking windows in the MBTA, it is still in effect today, and many have argued that its reach should extend to building owners whose properties are known to be at high risk of bird collisions.

In recent years – particularly over the past decade – laws have begun to be enacted  that extend the reach of this legislation, specifically to construction projects that put bird lives at risk. It is fully expected that this trend will continue.

In North America, legislation protecting birds from colliding with glass generally comes at three levels. Federal laws like the MBTA in the United States and the Migratory Birds Convention Act in Canada, are broad and far reaching, but they are often vaguely interpreted by courts and the net they cast can be too wide to be considered truly effective.

Canada is a leader in the area of creating, enacting and implementing laws to protect the avian population. In 2013, Ontario Court Justice Melvin Green ruled that migratory birds are protected under sections of the Ontario Environmental Protection Act and the Species At Risk Act. In particular, light reflected off windows was considered to violate the EPA if it caused adverse effects for birds. Further, the Canadian government offered a grant to the Canadian Standards Association to write a standard for bird-safe building design. The resulting standard CSA A460:19 was created to establish best practices for deterring bird collisions for use by industry professionals and government agencies. This unprecedented standard was a collaboration effort between city planners, ornithologists, bird conservation organizations, architects, and glass industry professionals, and it outlines a prescriptive method of bird deterrence.

In the United States, U.S. Representative Mike Quigley reintroduced the Federal Bird-Safe Buildings Act in 2019, requiring that “each public building constructed, acquired, or significantly altered by the General Services Administration (GSA) incorporate bird-safe building materials and design features, to the maximum extent possible” (quigley.house.gov). Although no meaningful movement has yet been made on this bill, it is under consideration and represents a step in the right direction with the aim to inspire non-government contractors to follow similar guidelines.

At the regional level, Canadian provinces and U.S. states have adopted their own legislation to help protect the wildlife within their territory. Ontario’s Environmental Protection Act (EPA) has put into place numerous strategies for minimizing bird deaths. In the U.S., California has been a leader in terms of bird collisions, passing Bill AB 454 in 2019 which strengthens certain aspects of the MBTA. Minnesota has also passed state-wide bird-safe building legislation, opting to follow LEED’s (Leadership in Engineering and Environmental Design) “Reducing Bird Collisions” program. 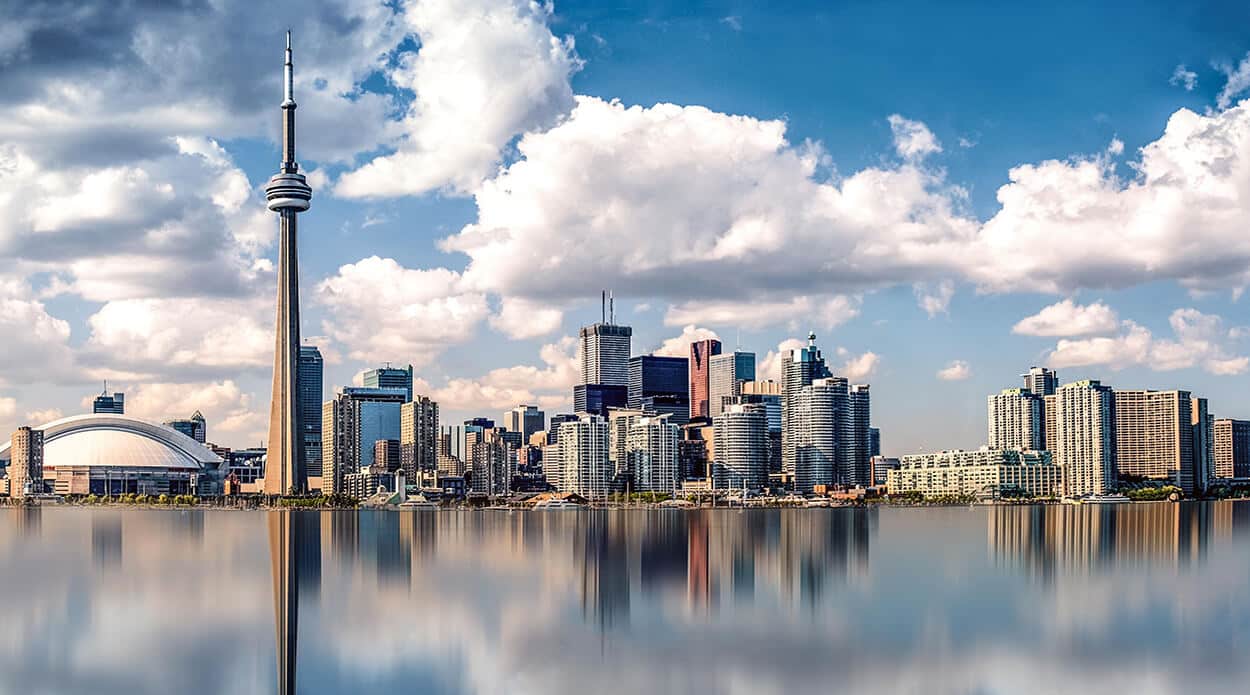 Perhaps the most complete measures to deter bird collisions have been taken at the municipal level. Toronto led the charge in 2007 with voluntary Bird Friendly Development Guidelines for making new and existing buildings safer for birds, which became mandatory in 2009 under the Toronto Green Standard. In 2011, a multibillion-dollar company was prosecuted in the federal court of Canada over hundreds of bird deaths caused by its Toronto office building complex under Ontario’s EPA and the federal SARA. Upon retrofitting one of its facades based on the Fatal Light Awareness Program’s (FLAP Canada) data and building assessment, the court was satisfied with the defence’s efforts to mitigate bird collisions. This case ultimately led to the ruling of reflected light as a contaminant under the EPA and SARA and the creation of CSA A460:19.

In more recent years, several cities across North America have established mandatory legislation for bird safe building practices. Inspired by Toronto, San Francisco was the first major U.S. city to adopt such legislation in 2011. Other cities to propose mandatory legislation include Oakland CA, San Jose CA, Richmond CA, Alameda CA, Mountain View CA, Portland OR, Highland Park IL, Chicago IL (Pending) and most recently New York City, which will see laws go into effect in December of 2020 that will require the bottom 75 feet of buildings to include bird-safe material, as well as glass structures over green roofs. The fact that New York has passed a law for bird-safe building is significant as this will set a solid precedent for other major cities across North America.

“An obvious prediction, as awareness of the problem and growing solutions continue to emerge, is that legislation to protect birds from sheet glass will grow accordingly until it is required everywhere.”                -Dr. Daniel Klem, Jr.

Projections for the Future

According to Dr. Daniel Klem, Jr., “An obvious prediction, as awareness of the problem and growing solutions continue to emerge, is that legislation to protect birds from sheet glass will grow accordingly until it is required everywhere.”

The common expectation within the glass and building communities is that the number of cities adopting bird deterrence legislation will rapidly increase in the next couple of years and shift from voluntary guidelines to mandatory standards.

It is also believed that a prescriptive-based standard will be the predominant approach in establishing and implementing building standards to address this serious environmental issue. The National Glass Association (NGA) is currently working on publishing such a prescriptive-based best practice document.  The goal is to have this best practice adopted by the industry shortly.

Governments at all levels are beginning to introduce standards to deter bird collisions at their buildings. In Canada, the National Capital Commission (NCC) is one example of a government agency taking such measures to ensure that bird collisions are mitigated at all facilities under their responsibility.

With increasing legislation and awareness of the issue, more emphasis will be placed on the exterior treatment of glass surfaces. As technology develops in response to increased demand, enhanced solutions will maintain daylighting and occupants’ views to the exterior, while improving the effectiveness of visual markers for birds.

The importance of solving this issue cannot be understated. Billions of birds die needlessly across the world each year, and solutions exist to prevent this from happening. As awareness continues to increase throughout the building community and more laws are put into place at each level of government, it is only a matter of time before bird safe building practices become a requirement of all construction projects across North American and around the world.

A special thanks to Dr. Daniel Klem of Muhlenberg College and Micheal Mesure of FLAP Canada for their collaboration on this article.

Bird Safe Glass Legislation: Current & Pending in the United States (As of April 2020)

Related product in this article

END_OF_DOCUMENT_TOKEN_TO_BE_REPLACED

Be the First to Know!

Take advantage of our Walker monthly eNewsletter to get the scoop!
Our panel of third party industry experts weigh in on the latest glass industry and architectural trends, and explain what’s going on.